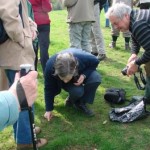 On Saturday 18th April, Renee Grayer led a walk in Morgaston Wood near Sherbourne St. John. Setting out from The Vyne Car Park the group had wonderful views across the water to the main house which is believed to have the first portico on a domestic building in Britain. On the water both coots and great crested grebes were nesting and a yellow wagtail posed by the stream. The walk through the woods revealed both early and common dog violet, daphne laureola, several hop vines, Goldilocks buttercups and Townhall Clock plants (so named because the flowerhead has flowers facing each of the four sides (like the traditional clocks seen on town halls). There were examples of St. George’s mushrooms as well as carpets of bluebells in the woods. 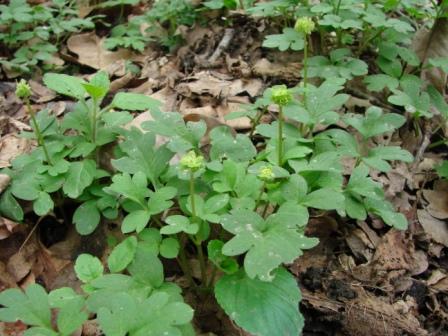